This piece of a ride had a quite long history from its first idea until it came true. Philipp and I discussed this idea for more than a year now, as we discussed many other options. Such as meeting on top of Koppenberg, when I was too slow, bouncing up the cobbles stones towards Roubaix.
Philipp picked me up at home and we drove down to Innsbruck.

We planned to ride the exact same route of Ötztaler Radmarathon, only that we do not start from Sölden but from Innsbruck. We knew that Timmelsjoch was still not open, anyway we took the risk although there was no plan b. No risk no fun.
DAY_01

The day started nicely, Philipp planned to race the world on that day, he gave some nice speed.

We crossed Brenner, then we headed to Jaufenpass. Already here we met fog and rain, in addition it was not nice and warm anymore. Temperature dropped, the fingers got freezing cold during the descend. Philipp was up and away, as we planned a second nice ride on the next day, I preferred to ride calm and cosy, relatively. After Jaufenpass we got into a beautiful valley and drove west towards Austria, to Timmelsjoch. This time is was a proper ascent and it was clearly mentioned that Timmelsjoch was closed. We decided to climb as long as no risk was visible or the road was fully blocked. Rain and later snow was coming down constantly. We crossed more than one barrier and wanted to enter the last tunnel before the pass, the first alpine tunnel with doors, but there were locked. Unfortunately the lock was on the other side. For us there was only a corroded door and plenty of rivets. No chance at all to cross this obstacle. Timmelsjoch, we could already smell you, bad luck. No shortcut chance to get to Sölden. The only way to get back to Innsbruck from our location, was to ride back exactly the way we came from. Enjoy, as the temperature was pretty low and, at least I was not really anymore. Down Timmelsjoch and up Jaufenpass. Philipp rode up faster and he also descended first as the café on the top was not open anymore. I assumed to know where he would take a rest as his finger would definitely be frozen. I came down into the village and right behind the crossing I have seen his bike standing outside in the rain, in front of a ristorante. As soon as I reached the parking, Philipp jumped out of the place waved at me to come in. He was literally shaking, he could barely talk, it took him some minutes, until he could order his first hot drink. As soon as I touched the hot pot of my tea, my body was starting shaking as well. We had to laugh out loudly, as it was already tricky on the last descend from Jaufenpass. We had several warm drinks and pizza, as we were still in Italy.

Our clothes did not fully dry during this stopp, so we decided to take the train for the last 30kms and cycle back to our Hotel just next to Patschkofel, 15kms south of Innsbruck. Vending machines out of operation, our connection was not available for purchase, we got on an Italian train with no tickets. From my experience, I truly wanted to avoid this situation, as I had to pay a good amount of penalty, for the myself and in addition for the bike last year. Lucky we. No one wanted to check our tickets, until we got on the Austrian train. As our train arrived already late, we did not try the vending machines at this station, again. The conductor was quite annoyed but we could convince him, to sell us tickets for the regular price. After getting off at Innsbruck we both were feeling good again and speeded up the little ascends out from Innsbruck. What a lovely night, warm again, we could see the stars and there was a slight breeze which made our last ride of the day a really lovely ride. Home. Bikes into the ski locker and after some talks we both fell asleep, without a beer, without crisps, without anything but good memories. 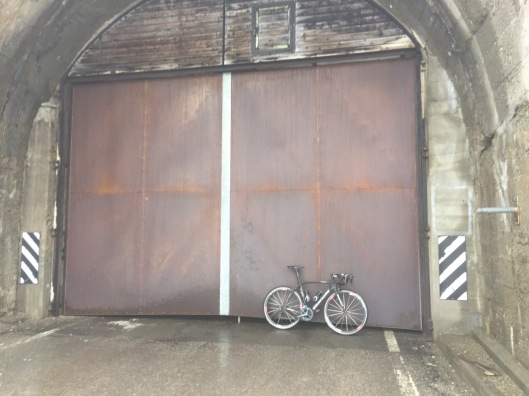 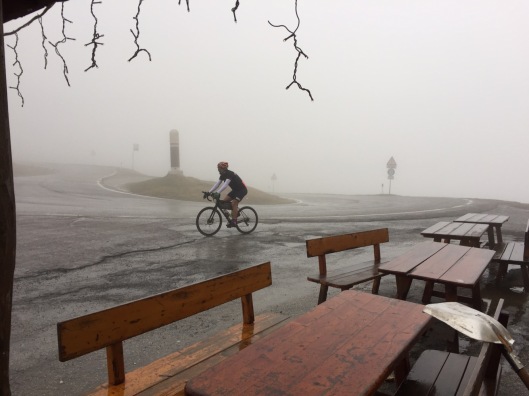 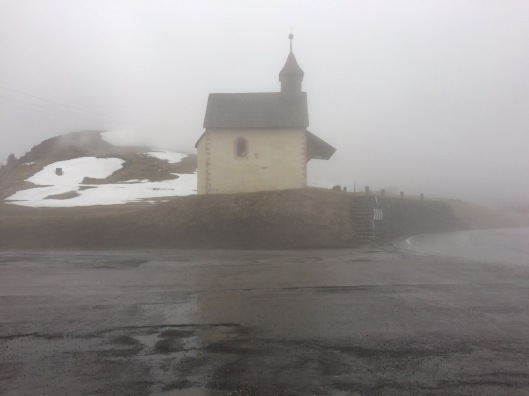 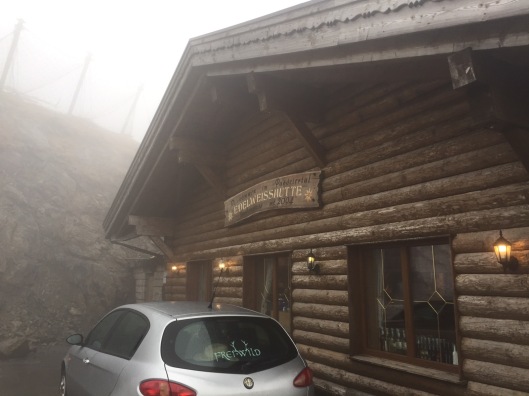 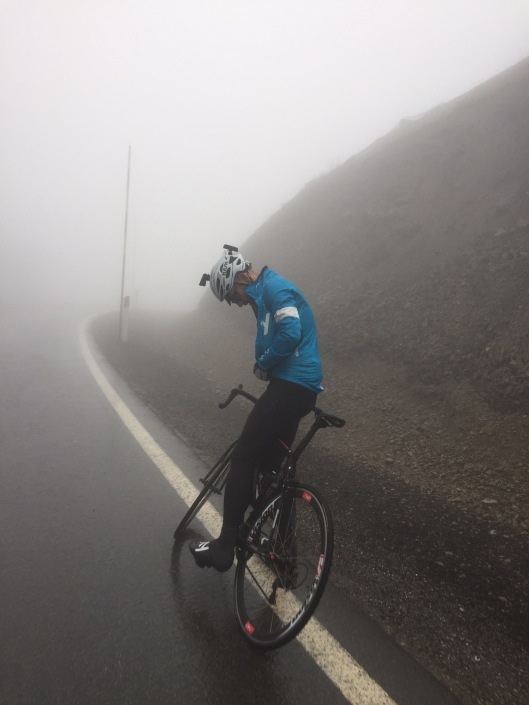 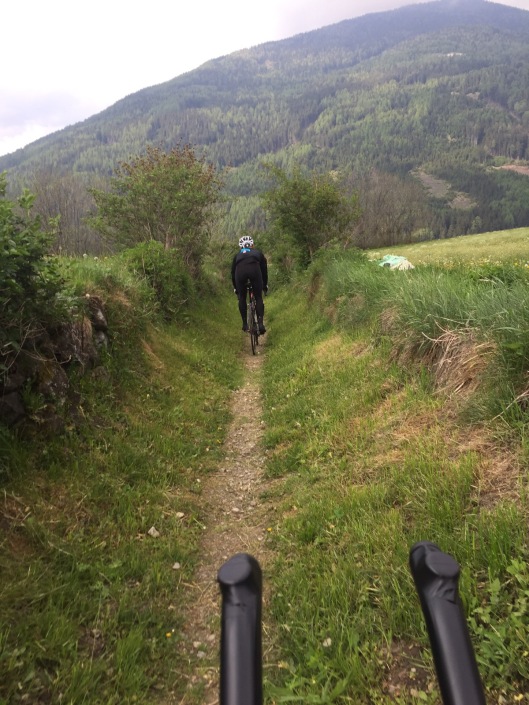