I left again, only to be on my own again (fully self-supported). I just went for another hour or 1 ½ hrs, not as planned. I had a rest in the slim shadow of a tree but it got too hot, so I decided to continue after an hour or two. I reached Ucka at the worst time of the day, during noon I climbed Ucka, knowing I did not have sufficient water with me. I knew there was a foundation even though it was quite close to the top. I went up very slowly, stopped in every shadow that I could find and tried to keep it easy, which was not easy at all. I truly wanted to avoid walking it up. When I reached the foundation this was the best moment of the entire day, safe! Drinking rinsing, refuelling. Perfect. Getting down on the other side, I stopped at the first bakery, bought some savoury and greasy burek and some yoghurt drink. I had a proper rest after Ucka in front of the majors house and also another sleep during the afternoon heat. Waking up getting an Espresso and a coke at the café nearby and back on the road. Getting through the center of Rijeka and up into the hills again. I chose a tougher way towards Zagreb, but why not. I was familiar with the road until Hreljin. From thereon the road went up straight onto the mountains. I did not really realize it like that, but now I was here. At that moment I was certain the road sign with the stiffness percentage was THE most favourite one all around Rijeka. Really stiff climbs on cobble stones and cobble stone corners thank you. The sky in my direction got darker and darker. Every village that I passed I checked for a shelter, just in case the big clash would happen just when I would have left the village. Slowly I headed on. At Delnice I made a Cevapcici stop with some tea to get dry again, as I met some proper rain, the strokes had not been above me, so I continued until Delnice. I asked to recharge my power bank and my phone, to have some backup. I asked the waiter for pen and paper as this territory was unknown to me. Last year I crossed Slovenia, this year I sticked to the rules, To follow this target I needed to get the village names and turns on a paper, this took a good while, but I could finish it to check point 02 and in addition from cp02 until Osijek. I spent two hours or so and continued, with a fully satisfied stomach. He asked for a sleep which I accepted around two o’clock in the morning. Bus stop shelter. 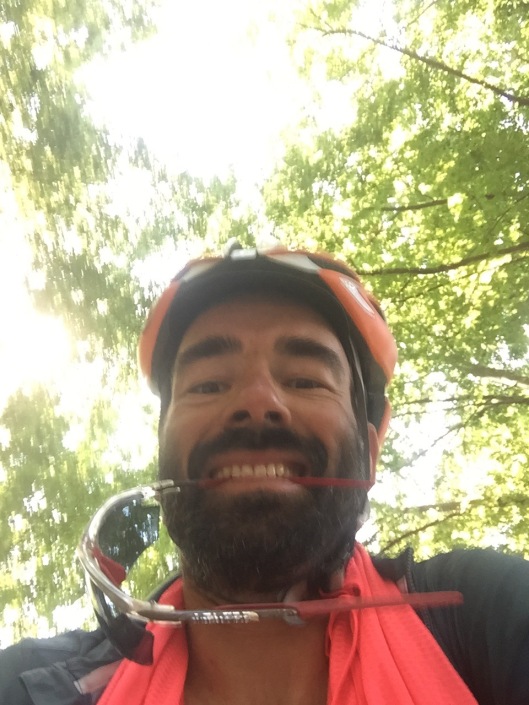 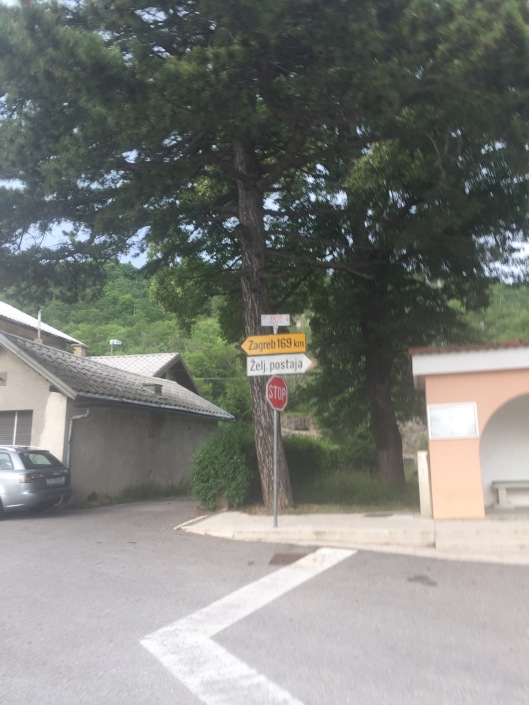