This time I really had a short stop for myself, roughly two or three hours. I headed on, roughly towards Karlovac and later leave Zagreb on my left hand side, further up North. I went onto Sandy paths, off the road, in the dark. The dogs were happy, this year I felt much more comfortable with them than the former times. I stopped and did not chase away. I tried to growl out loud and when they still came closer then I barked as loud and angry as I could, this worked out perfectly. So my routing during the night was not 100% but I could carry on. Reaching Karlovac in the early morning, I was happy to find a petrol station combined with a café. I could wash the salt off my face from the climbs of yesterday, refill my bottles and have some coffees. And use the very last drops of oil for my legs. Then I rode towards Zagreb, trying to get around the city on the Eastern side. Big roads, dead ends, heat. I was not happy with that day at all, luckily it was only a mood and no physical condition, I would get over it once I passed the outer rings of Zagreb. It got hotter and hotter. It was a public holiday, as Kornel told me. We had a little chat in a bakery next to the road. He let me know that I was by far not out of the race, I felt again a little like that. This information made me happy enough to continue towards Sveti Martin. But now I realised that my chain jumps off the chain rings, again and again. Suddenly I realized that my free ride was not working anymore. This forced me to pedal non-stop, and slow down on the way down the hill, so I can pedal fast enough. This became a proper pain in the a… . Finally I made it to Sveti Martin na Muri, the last 30 kms had been really comfortable, as the navigation signs on the road had been perfect, I did not need my papers at all. Arriving at Sveti Martin, resting for some hours, having some pasta tons of water and café. I met Boris at the bar and was really surprised to meet him here, happy to see him but also seeing in his eyes how much he is or was suffering. My greatest respect to you! Boris! I am not sure if I would make myself suffer so much, no I am sure I would not! I had a good time with Matija sitting, drinking and talking about riding and life. Also Goran arrived while I was having some carbo loading pasta food! We almost left together but then suddenly I had the idea to reroute. I checked Ian’s fastest way towards Ilok. It took me another hour to get his route into one of my systems. GAIA gps finally accepted to do, what I wanted. I had his route as backup , more or less it was identical to my route from last year, but it took me some time to realize that, as the handling on mini displays is not always so easy. This idea did cost me a good hour, but I was happy to cycle into a smooth night now. An amazing sun set and I only rode in my base layer which reminded me strongly to my last night race during TCR last July. I was pretty warm and after some hours I wanted to find some bar with food and coffee. No coffee no food. Only coke which was of course way better than nothing. 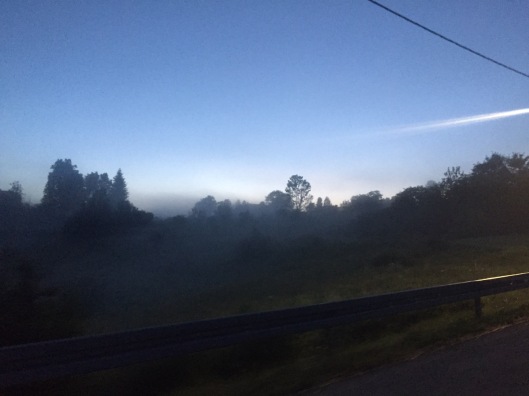 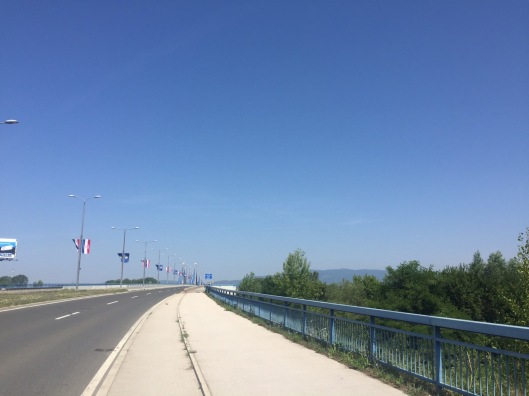 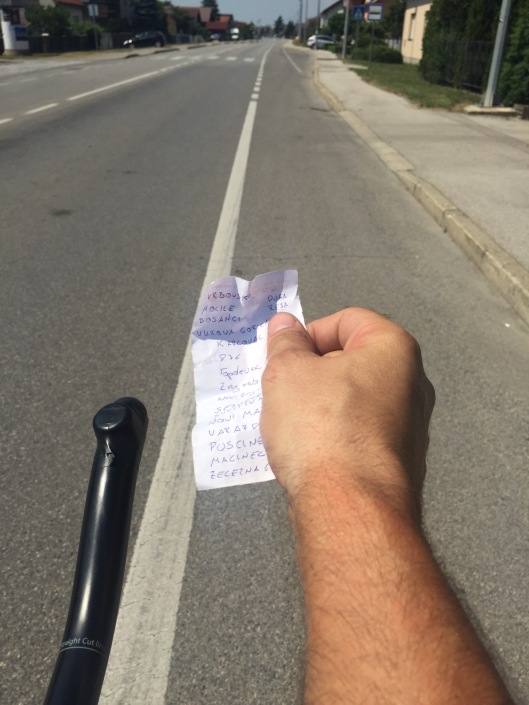