Early next morning people showed up and waited for the bus. Wow, I did not expect this box to be still in operation. I got up and got upset as I realized my mistake from the last night ride. 50kms into the wrong direction. At least I found some simple breakfast without coffee, so I could carry on. In Nitra I misrouted again that upseted me even more, things happen. Sometimes once, sometimes twice. I managed to get ahead in the hilly area, fetching ice creams and local coke again. This fukola tastes somehow like malt beer. In the early afternoon I stopped for grabbing some lunch and it was the first time to leave the bike outside a shop and not having a good feeling, leaving there. When I came back my sun glasses were gone. This was a big mess, as they were adapting to the light and I wore them day and night. Sun, wind, dust and many many insects were now again welcome to visit my eyes. This was going to hurt …

I stopped at the riverside -which actually looked really really dead- and had some food and drinks. Later on, on a cemetery I was given a proper shower by the local firefighters that were watering all plants there. Perfect timing. It got later and the sun was not burning anymore, I stopped at a restaurant, had some fries and two chicken soups. Good enough, so far. Stopping for ice creams during the night at the motorway petrol stations, that all had access from outside. I may have been no proper motorway, as my garmin constantly wanted to reroute there, but it did not feel good at all. I found my way along the river through tiny villages and it felt as if I was getting closer and closer to Check Point 3. Slept next to a church. 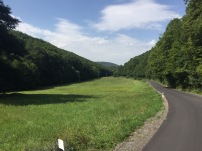 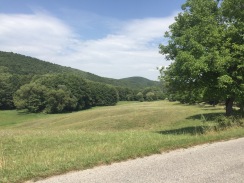 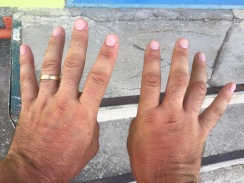 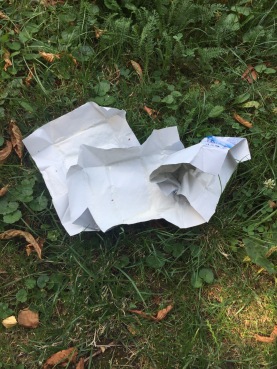